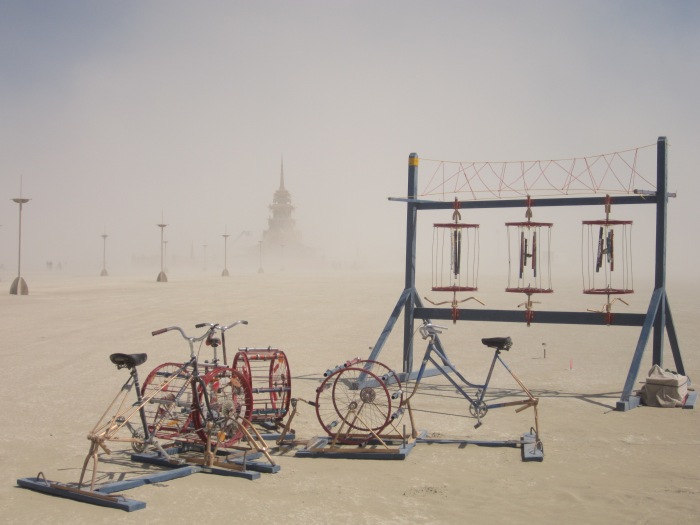 Bicycle Arpeggio is a kinetic musical sculpture created from re-purposed bicycle components. The mechanism’s design mimics that of a cylindrical roll common in early musical automatons such as barrel organs and music boxes. Steel bicycle frame tubing, tuned by length, are placed around the rotating cylinder and act as both the programmable score and the source of sound. The resulting sound is driven by both chance and choice as sequences generated from the interactions of the rotating cylinders phase against one another as the riders choose when to engage the playing mechanism, creating an instant kinetic composition.

Bicycle Arpeggio was featured at Public Dreams’ Illuminaries Festival in Vancouver and exhibited at Burning Man 2012.